What does Panox Display do?
Panox Display (Hong Kong Panox Electronics., Ltd) was founded in 2012 and is located in the high-tech Chinese city of Shenzhen.
As a company, we are a specialist supplier of OLED/LCD screens, as well as a specialist manufacturer of OEM LCD screens. After many years of effort and development, we have grown into a very professional team that can provide a full range of display system solutions, including controller boards, PCBs, PCBAs, touch panels, cover glass, and even shell products.

In its early days, Panox Display began by selling display stock from some of the biggest OLED/LCD display panel manufacturers, including AUO, Innolux, Hannastar, Chimei, BOE, EDO, Tianma, Samsung, LG, JDI, Truly, and others.
As demand has grown, Panox Display has itself expanded so as to be able to offer more services to its clients and to provide guaranteed access to display products from the biggest manufacturers. Panox Display now provides A-grade OLED/LCD products to companies, developers and DIYers all over the world, with our product range including:

To help our clients build display system solutions, Panox Display also provides customized touch panels and controller boards, cover lenses, Arduino boards, free connectors, and FPC cables.
We have built long-term cooperation and friendship with engineers, purchasers, and founders all over the world. 80% of our clients are from North America and Europe, while the remainder are in Asia. We have served clients from various industries, including, but not limited to, those working to develop:

Our Mission
Our mission is to:

On this last point, it is important to note that the main panel manufacturers often require a high Minimum Order Quantity (MOQ). This means that many small- and medium-sized companies, as well as startup companies, are unable to purchase displays from them. A key element of our mission is to help these companies secure the products they need – no matter how small the requirement – and to provide them with the necessary support they need.

OLED
OLED is quickly becoming the display technology of choice for the leading smartphone, tablet, and TV manufacturers, as it offers brilliant, efficient, and flexible displays with the best possible image quality.
We offer monochrome, double-color and full-color OLED products in a range of sizes, from 0.39 inch to 15.6 inch.
Most of our PMOLED products are from Visonox, Rit, and Univision.
In respect to AMOLED, we mainly offer products from BOE, AUO, EDO, Innolux,  Truly, Tianma, Sharp, and Samsung.

LCD
Most of our S/M LCD are directly from excess LCDs of BOE/AUO/LG/Innolux/Sharp. The size range is from 4.0~15.6.  But  Panox Display also can provide customizd LCD according to customers demand.
There are two automatic production lines in our LCD factory, can produce 7K pcs/day. Customized LCD service need a high MOQ, the size range is 4~7 inch.

Our sales covered Domestic,  Asia, Europe, AU and North America...etc, of which 80% are from overseas orders.

We, Panox Display, always expecting to cooperate with you, meet your needs with better quality display.

cell of lcd and oled, only few big manufacturers can make it

In both LCD and OLED displays, producing these cells – which are highly complex – is by far the most difficult element of the production process. Indeed, the complexity of these cells, combined with the levels of investment needed to achieve expertise in their production, explains why there are less than 30 companies in the whole world that can produce them. China, for instance, has invested more than 300 billion yuan (approximately $45 billion USD) in just one of these companies – BOE – over the past 14 years. 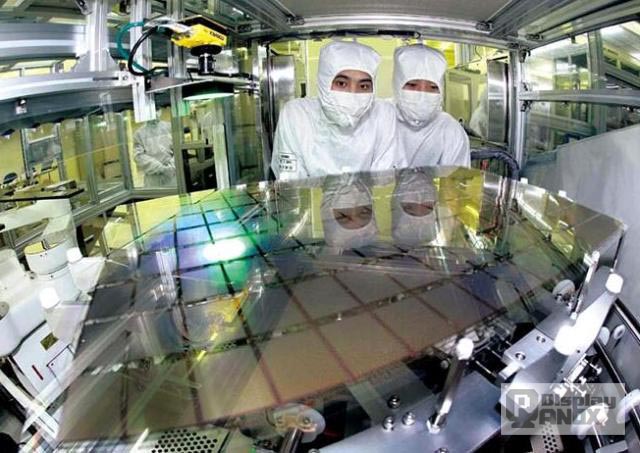 1. BOE
Established in April 1993, BOE is the biggest OLED/LCD panel manufacturer in the world and can make all kinds of displays ranging from 0.39-inch 1920x1080 micro-OLED panels to 110-inch 7680x4320 LCD panels, as well as flexible and transparent displays.
In 2021, BOE continued to rank first in the world in five application fields: mobile phones, tablet computers, laptop computers, displays, and TVs. In addition, its AMOLED display output exceeded 10 million units per month for the first time in December 2021, a milestone development for both the company and the industry as a whole.

2. LG Display
LG Display was, until 2021, the No. 1 display panel manufacturer in the world. Owned by LG Group and headquartered in Seoul, South Korea, it has R&D, production, and trade institutions in China, Japan, South Korea, the United States, and Europe.
LG Display’s customers include Apple, HP, Dell, Sony, Toshiba, Philips, Lenovo, Acer, and other world-class consumer electronics manufacturers.
LG's production base in China is in Nanjing, Shenyang.

3. AUO (AU Optronics)
Founded in 2001, AUO – or AU Optronics – is the world’s leading TFT-LCD panel manufacturer (with a 16% market share) that designs, develops, and manufactures the world’s top three liquid crystal displays. With panels ranging from as small as 1.5 inches to 46 inches, it boasts one of the world's few large-, medium -and small-sized product lines.
AUO is also the world's first TFT-LCD design, manufacture, and R&D company to be publicly listed on the New York Stock Exchange (NYSE).
AUO offers advanced display integration solutions with innovative technologies, including 4K2K ultra-high resolution, 3D, ultra-thin, narrow bezel, transparent display, LTPS, OLED, and touch solutions. AOU has the most complete generation production line, ranging from 3.5G to 8.5G, offering panel products for a variety of LCD applications in a range of sizes, from as small as 1.2 inches to 71 inches.

4. Sharp
Sharp is the inventor of the LCD screen.
Now Sharp is still top 10 TV brands all over the world. Just like BOE,  Sharp produce LCDs in all kinds of size. Including small LCD (3.5 inch~9.1 inch), medium LCD (10.1 ~27 inch), large LCD (31.5~110 inch). Sharp LCD has been used on Iphone series for a long time.
Beside those current LCDs, the industrial LCD of Sharp is also excellent and widely used in public facilities, factories, and vehicles. The Sharp industrial LCD, just means solid, high brightness, super long working time, highest stability.
Memory LCD from Sharp is a unique display panel with low consumption, readable under the sun.

7. Hannstar
Founded in June 1998, Hannstar specializes in producing thin-film transistor liquid crystal display panels, mainly for use in monitors, notebook displays and televisions. It was the first company in Taiwan to adopt the world’s top ultra-wide perspective technology (AS-IPS).
The company has three LCD factories and one LCM factory. It has acquired state-of-the-art TFT-LCD manufacturing technology, which enables it to achieve the highest efficiency in the mass production of thin-film transistor liquid crystal display production technology. Its customers include many of the biggest and most well-known electronics companies and computer manufacturers in Taiwan and overseas.
In 2002, it signed an IPS patent authorization contract with Hitachi of Japan and started to plan a 5th-generation plant to make the product line more complete and meet the needs of different customers.

8. Visionox
On October 8, 2008, Visionox opened the first mass OLED production line on the Chinese mainland, with a focus on PMOLED manufacturing.
GVO – a sub-company of Visionox – is set to produce AMOLED displays for use in the mobile phone industry.

10. EDO (EverDisplay Optronics)
EDO (also known as EverDisplay Optonics) was founded in October 2012 and focuses on the production of small- and medium-sized high-resolution AMOLED semiconductor display panels.
The company opened its first production line – a 4.5-generation low-temperature polysilicon (LTPS) AMOLED mass production line – in 2014, which started mass producing AMOLED displays in November 2014.
In order to ramp up production output, the company began construction of a 6th-generation AMOLED production line in December 2016, with a total investment of 27.3 billion yuan (almost $4 billion USD). The line, which has a production capacity of 30,000 glass substrates per month, produces flexible and rigid high-end AMOLED displays for use in smartphones, tablet pens, vehicle displays, and wearable devices.

11. Tianma Microelectronics
Tianma Microelectronics was founded in 1983 and listed on the Shenzhen Stock Exchange in 1995. It is a high-tech enterprise specializing in the production of liquid crystal displays (LCD) and liquid crystal display modules (LCM).
After more than 30 years of development, it has grown into a large publicly listed company integrating LCD research and development, design, production, sales, and servicing. Over the years, it has expanded by investing in the construction of STN-LCD, CSTN-LCD, TFT-LCD and CF production lines and module factories across China (with locations in Shenzhen, Shanghai, Chengdu, Wuhan and Xiamen), as well R&D centers and offices in Europe, Japan, South Korea and the United States.
The company's marketing network is all over the world, and its products are widely used in mobile phones, MP3/MP4 players, vehicle displays, instrumentation, household appliances, and other fields. In terms of technical level, product quality, product grade, and market share, it ranks at the forefront of the domestic industry and has become a leading enterprise in the field of small- and medium-sized displays.

12. JDI (Japan Display Inc.)
JDI (Japan Display Inc.) was established on November 15, 2011, as a joint venture between the Industrial Innovation Corporation, Sony, Hitachi, and Toshiba. It is dedicated to the production and development of small-sized displays. It mainly produces small- and medium-sized LCD display panels for use in the automotive, medical, and industrial fields, as well as personal devices including smartphones, tablets, and wearables.