When you are choosing a VR, its parameters are important. First is resolution, then screen type, refresh rate, FOV, PPI, PPD, pupil distance adjustment, weight, etc. I believe most of you know the Arpara 5K VR reaches 5120*2560 resolution, so we won't go deep into resolution today. But focus on display type. Is a VR hamlet good or bad, in fact, the impact of the screen is very big.
A lot of people might be thinking, what's the impact of the screen?  It's actually quite important. You'll understand after you read this article. Today, let's dig deeper into some of the "secrets" of VR displays. 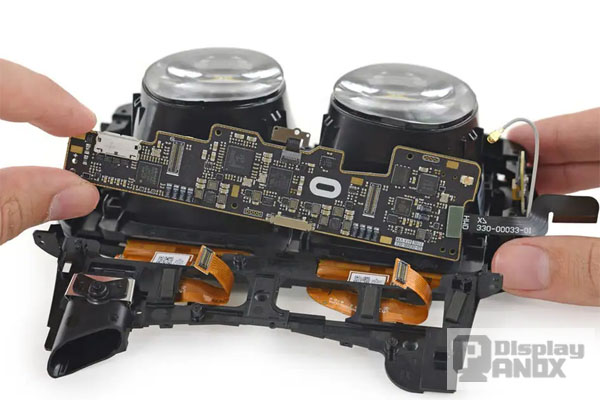 It is believed that people will care about display panels when they buy mobile phones and TVs, and so do VR devices.
Now LCD is the most common VR device screen on the market, and a few VR  products use OLED screens and  Mirco-OLED screens. Micro OLED is unfamiliar for VR players. Arpara 5K PC VR, the world's first VR device,  is using the micro-OLED display.
So what's the difference between LCD, OLED, Micro OLED?

At present, the VR hamlet mostly uses "TFT-LCD" (thin film transistor liquid crystal display) technology, which consists of two glass substrates sandwiched with a layer of liquid crystal, the upper glass substrate is a color filter, and the lower glass layer is embedded with the transistor, When the electric field generated by the current passing through the transistor changes, the original rotating arrangement of the liquid crystal molecules will be reversed, which will change the rotation amplitude of the light through, and shine on the color filter in different proportions, and then generate different colors. 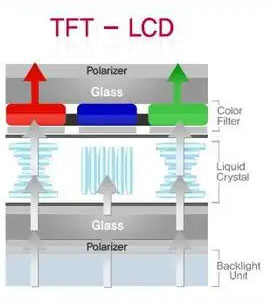 LCD technology has been quite mature, used in general computer and TV screens, also used in VR screens, and the cost is low, has become the basic technology of consumer products. 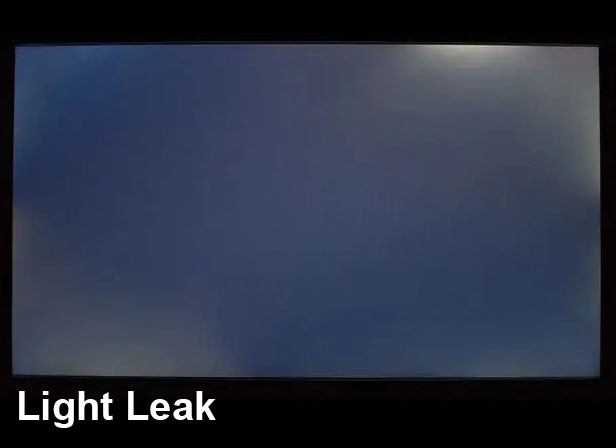 At present, the most fatal problem of LCD is that the liquid crystal layer can not be completely closed, so if the LCD shows black, some light will pass through the color layer, so the black of LCD is actually a gray mixture of white and black, compared to pure black.

OLED(Organic Light-emitting Diode), is based on an Organic light-emitting layer made of indium tin oxide (ITO) glass and covered with a low-work function metal electrode on the light-emitting layer. According to the driving mode, OLED includes AMOLED and PMOLED.
Driven by the external voltage, the positive and cathode electrons will combine in the luminescent layer, generate energy and emit light, and generate Red, Green, and Blue primary colors due to different material characteristics to form the basic colors.

OLED advantages
1. Thin thickness, lightweight, anti-seismic, and anti-fall, can be folded and bending
2. Good viewing effect, even in the (curved screen) large Angle of view, the display picture is still not distorted
3. Lower energy consumption, because it is a single luminous pixel and without backlight.
4. High color contrast
5. Quick screen response time
6. No light leakage, the display of black is pure black.

We know that the color of the screen is displayed by pixels, and it takes time for pixels to change from color 1 to color 2. This time is called grayscale response time.
If the gray-scale response time is too long, the pixel in images fast sliding too late that resulting from the color 1 to 2 in the picture, will appear on the vision ghosting, ghosting extremely influence visual perception, the OLED screen is almost without any delay, and the LCD screen, even if it is apple's top LCD, have a longer response time. 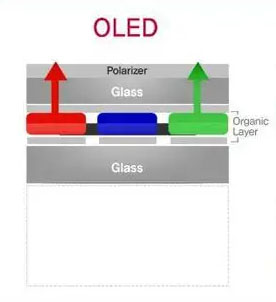 OLED is not the same as LCD screens with black color. Because OLED displays black, the pixels in the black area can be turned off directly to achieve an almost pure black effect. In contrast, OLEDs have excellent contrast and lower power consumption.

To sum up OLED color characters in one sentence: OLED is an oil painting, with pure and delicate colors, while LCD is a watercolor painting, with hazy and light colors. I think people can tell the difference between a high-end OLED and an LCD at a glance.

OLED disadvantages
1. Generally, after 4 years of use, the screen will be burning and cause a residual image phenomenon
2. Staring at a screen for too long may hurt your eyes
3. The cost is higher than that of LCD screen

Although OLED presents a bright picture, has low power consumption, and can be bent, the organic materials will be oxidized, so the life is relatively short, and the color-burning problem does occur. Coupled with the high cost and high technology content, it is mostly suitable for small screens, such as mobile phone screens. In recent years, a handful of VR helmets have used OLED screens.


Mrico-Oled is a new high-level microdisplay technology. Micro OLEDs (silicon-based) consist of organic light-emitting materials sandwiched between two electrodes, diodes that emit light when an electric current flows through them. The desired color is then generated through the filter. The micro OLED light source module is generated by depositing the OLED onto the substrate using vapor deposition. 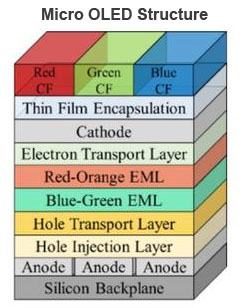 Micro OLED disadvantages
Expensive!!
Few manufacturers have mastered this technology, and have not really entered the consumer market
Although VR products on the market have been developed for many years, due to immature technology, they are prone to dizziness, have low resolution, are large in size,  expensive. To avoid vertigo, the screen resolution had to be raised from 500 PPI to 2,000 PPI. Micro-OLEDs meet the needs of VR headsets and lenses. Therefore, after years of polishing, Arpara chose to launch the world's first VR device based on micro-OLED display technology - Arpara 5K PC VR.

Color Contrast Of Micro OLED
As we said earlier, micro-OLED uses pixel self-lighting technology to easily achieve a wide range of colors. For example, our Arpara 5K VR with Mirco-OLED screen covers 90% of the DCI-P3 range, which is the standard for evaluating display capabilities in the film industry. It can reflect the color expression of the product when watching film and television content.
Below is a representation of the various color standards in the color space. 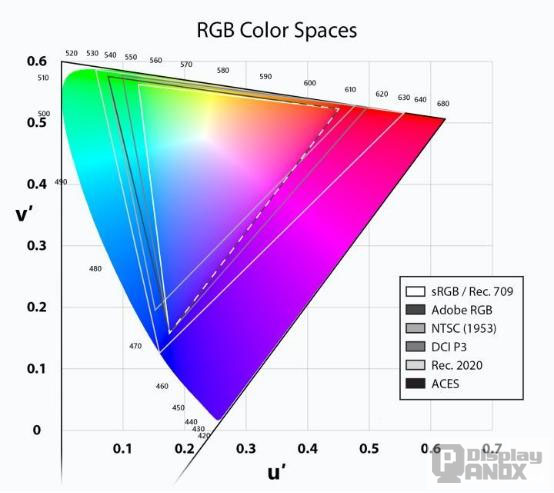 The following figure shows the corresponding color space of the Arpara 5K VR screen, which is highly identical to the DCI-P3 standard color space. The area ratio reaches 94% DCI-P3, and the coverage reaches 90%. 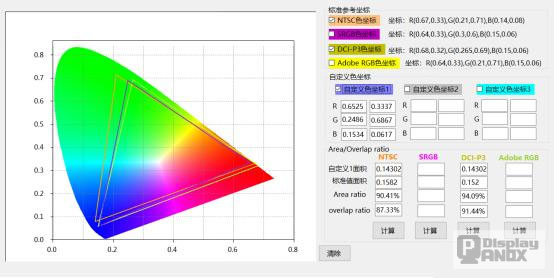 The Screen Door Effect
Pixels are small, individually lit elements that are emitted in an array to create a display. For various reasons, pixels sometimes have difficulty packing tightly together, and this causes the gaps between them to not light up. The "fill factor" of the display describes the ratio of the actual lit area to the unlit area. On a display with a low fill coefficient, the user is easy to perceive the dark space between pixels, which leads to the screen effect.


So Which One is Better for VR? LCD vs OLED vs Micro OLED


Let's go back and mention the comparison of the previous three screens. For LCD screen, there is a high density of LCD display, but because the LCD display device is a transparent type, its pixel driving circuit can only be placed in a pixel gap, this leads to a certain gap between pixels to place the drive circuit, so even if the high-resolution LCD screen, also cannot avoid the Screen Door Effect. The picture below is an example of a square RGB arrangement of LCD pixels, in which the black part is the driving circuit part (the picture is a schematic, in fact, we need to make a better look, please forgive me) 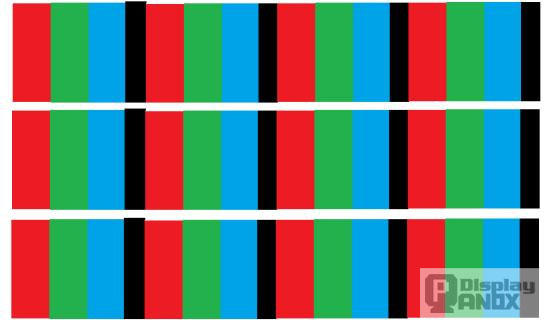 Relatively speaking, because the OLED material is a self-emitting device, the driver circuit can be placed on the underlying substrate, so there is no dark spot of the driver circuit between pixels.
For large-size OLED screens such as AMOLED, the current fill coefficient is still low, so there are blank areas between the screen pixels, as shown below: 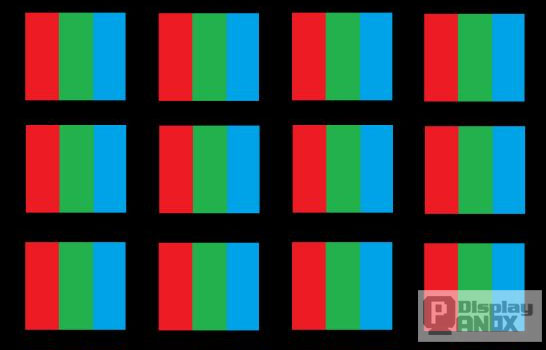 The Micro OLED technology selected by Arpara can well control the pixel gap and greatly increase the pixel filling ratio. The schematic diagram is as follows:

(Pretend to have a picture here
The designer is off duty. Imagine for yourself, just squeeze the color blocks in the picture above together.)

Then again, micro-OLED has a big advantage in the small display market. As the applications of VR and AR displays gradually shift from gaming and military fields to healthcare, education, retail, and other fields, the market continues to expand, and more and more consumers demands resolution and avoidance of display lag. In this case, researchers will start to develop a new generation of display technology with high resolution, high brightness, high contrast, and fast response. At present, micro-OLED is most widely used in military, industrial and medical fields. VR is likely to be the next big thing.

So, can you tell the difference between these three screens?