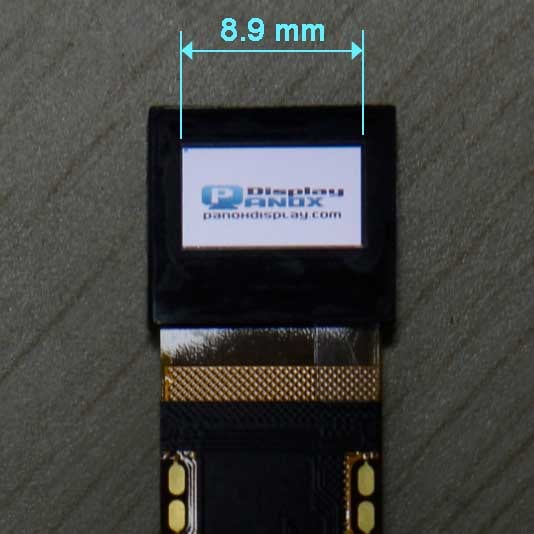 So what is Micro OLED silicon-based OLED? What is its application range and prospects?

An OLED display is a display device made by utilizing the self-luminous properties of organic materials. The micro OLED display uses monocrystalline silicon as the substrate (the substrate in the OLED device structure) and integrates CMOS driving circuits. It is a micro display technology that combines semiconductors and OLEDs.

Micro OLED display relies on the mature development of semiconductor technology, and the pixels are directly placed on the silicon wafer instead of the glass substrate, so the pixel size can be smaller and the PPI is higher.

One of the advantages of micro OLED in the microscopic field is that they can achieve ultra-high PPI.
It can achieve extremely high pixel density (above 3000PPI) with a very small physical size (below 1.5 inch). In addition, because of the characteristics of self-illumination, there is no need for the intervention of the backlight, which means that there will be no light leakage under the pure black background, so there will be no "white text on gray background" on the screen surface.

Compared with LCD, the contrast ratio is better, the details of dark and bright parts are clearer, it can cover various color spaces, and the color performance is also better. Generally speaking, the corresponding silicon-based OLED display is the ordinary OLED driven by LTPS-TFT. Compared with LTPS substrate, silicon-based Micro OLED adopts mature semiconductor technology and is manufactured by wafer foundry. 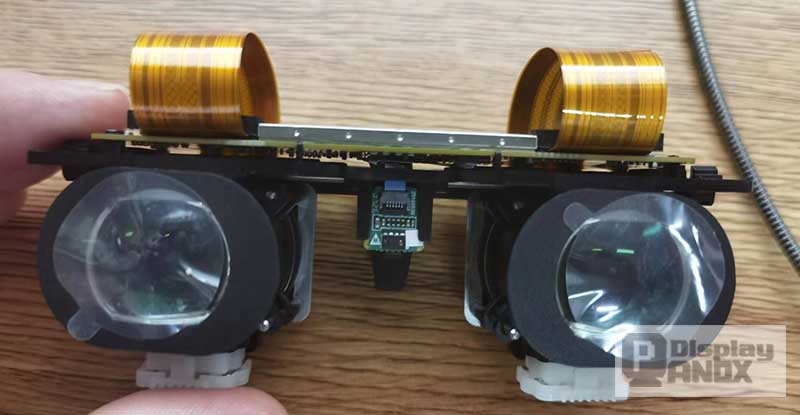 In general, micro OLED screens have many advantages such as self-luminescence, lightness, compactness, short response time, high pixel density, and high brightness, and are the preferred screen technology for near-eye display devices.

Micro OLED Will Become The Trendy Choice Of The VR industry

Some report pointed out that Apple's first VR/MR headset will be launched next year. This headset will be equipped with three screens, two of them are micro OLED displays. The choice of  industry leaders often plays a role in leading  thetendency of the supply chain. The choice of the Micro OLED display signifies that its application prospects in VR equipment have been recognized. 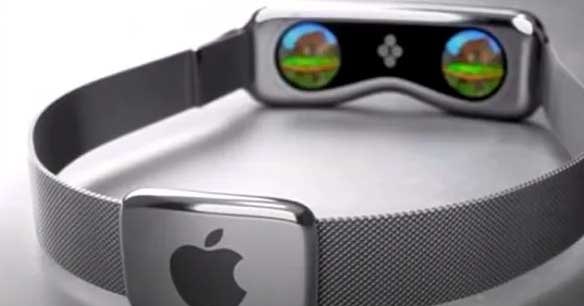 At present, the comprehensive advantages of silicon-based OLED in VR applications are relatively obvious. Compared with Fast-LCD and Micro LED, its color performance is stronger and the immersive experience is better.

And because VR is a relatively closed display environment, the ultra-high brightness is not required to meet the requirements. In addition, for the LCD screen, due to its black matrix process, it limits the improvement of the PPI of the LCD. Even if the pixel density is increased to more than 1000ppi, it is difficult to completely eliminate the screen window effect; for Micro LED, there are still process and industrialization problems. , the maturity is not high enough, and there may also be a large problem of pixel brightness inconsistency. From a technical point of view, micro OLED have entered a stage of mature mass production. Its technical process has divided into the base driving layer technology of single crystal silicon lithography and OLED evaporation technology. 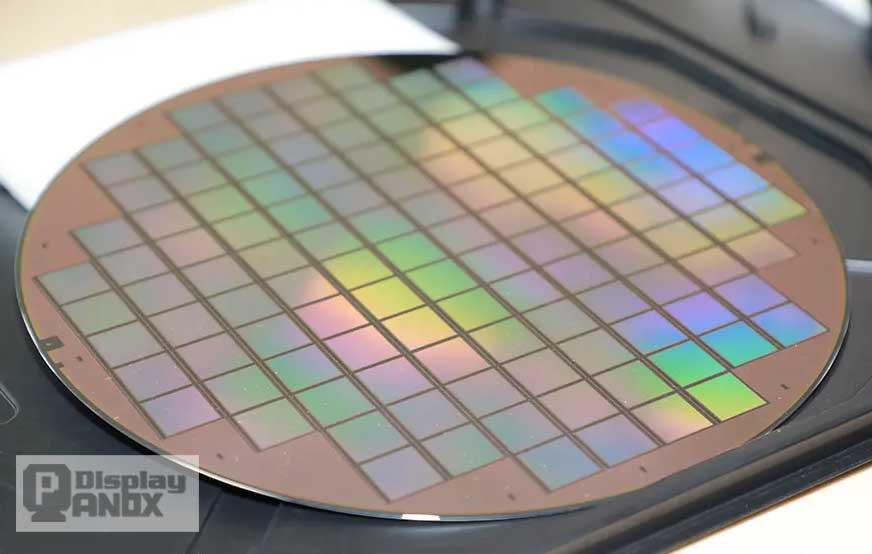 For the base driving layer technology of single crystal silicon lithography, silicon-based OLED adopts mature CMOS process of 28nm, 55nm or 180nm, and its process difficulty is much lower than the current top lithography single crystal silicon technology. Since the 28nm, 55nm or even earlier CMOS processes have been widely used by photoelectric sensors before and have entered a mature stage, micro OLEDs can use mature and low-cost technologies and equipment of semiconductor processes to meet the manufacturing requirements.

From a process point of view, silicon-based OLEDs can be said to be affected by the development level dividends of both semiconductor chip lithography technology and OLED evaporation technology, and can be produced by using mature technologies and materials. Compared with larger-sized liquid crystal or OLED panels, the investment scale of Micro OLED (silicon-based OLED) production lines is lower, and it can quickly achieve line construction to mass production. In addition to the manufacturing process, it is also necessary to pay attention to the actual specifications of the silicon-based OLED display.

In the near-eye display application, the critical point of human eye perception is between 2K-2.5K resolution. If the resolution is below 2K, the user will obviously feel the graininess, and the eye muscles need to keep focusing, which will easily lead to dry eyes or even tears. , and after the resolution exceeds 2K, the eye fatigue will be improved, but the image will still feel that the image is not very clear.

In the early years, the resolution of VR was 1.2K or 1.4K resolution, and most users could not watch it for a long time. Through experiments, when the resolution reaches the 4K level, the user will experience a very clear picture, and the vision seems to be restored to 1.5 or even 2.0. Therefore, reaching 4K resolution is a very important indicator for VR applications of micro  OLEDs. Relying on a series of advantages such as process manufacturing, industrial investment, and performance parameters, silicon-based OLED has a good maturity in new display products, and it is logical to become the mainstream choice in the VR industry.

As everyone knows, the Metaverse, as an emerging concept, will be popular all over the world in 2023 after Facebook changed its name to Meta. On this basis, micro OLEDs have also quickly become the new choice of near-eye display devices such as VR.

However, if we carefully review the development history of Micro OLEDs, the US Air Force was the first one to use it, because fighter jets have extremely strict weight and size restrictions in all equipments, and are relatively insensitive to price.

Since its development, micro OLED has become the mainstream technology of the air force and army head-mounted viewing equipment of the global military power, and it is also an important part of the future AR glasses to arm modern soldiers.

Now micro OLED is the main display technology of head-mounted viewing equipment for fighter jets, armed helicopters and tanks, and it is also an important part of future digital soldiers and digital information combat systems. However, due to the limitations of technology, cost and other factors, the first-generation VR uses LCD display technology, which has shortcomings such as insufficient color display, low contrast, large power consumption and large size. With the rapid development of science and technology, semiconductor and display technologies are more mature than at the time, and it is imperative to reduce the weight of AR/VR headsets, Glasses. This near-eye display device, which was called "non-mainstream" at the time,

Micro OLED has become the underlying technology for the continued development of the "Metaverse" display market.


Where To Buy Micro OLED?

Panox Display has been selling Micro OLED for more than 4 years since 2018, including micro OLEDs from BOE, Sony,etc. Following are reasons why clients should buy from Panox Display,
1. No MOQ
2. No purchase qualification audit
3. Quick shipment
4. More choices from different manufacturers
5. Low price of driver board (The original board from BOE, Sony is very expensive)
6. Sufficient specification
Related: Micro OLED Display List From Panox Display