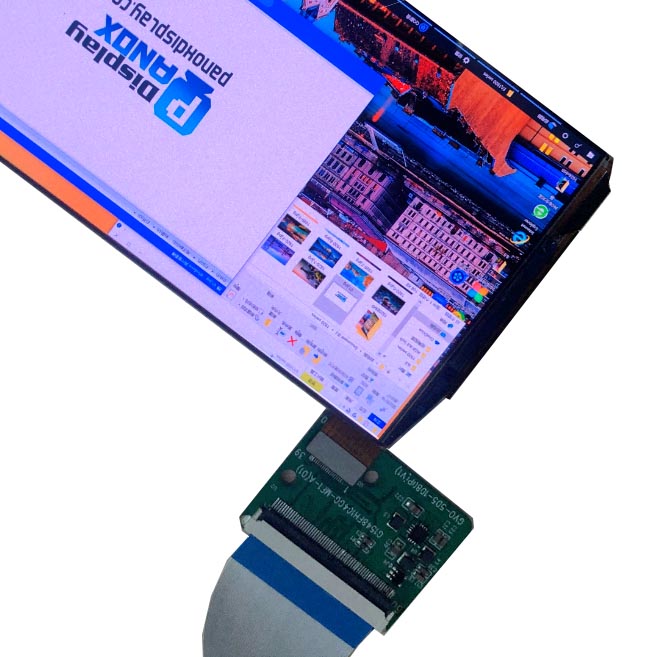 The MIPI interface was created in 2003 by ARM, Alliance formed by TI, The purpose is to bring up the various interfaces inside the phone (camera CSI, display screen DSI, RF/baseband interface, DigRF, etc.) Standardization, Thus reducing the complexity of mobile phone design and increasing the design flexibility, Currently, the more mature interface applications have DSI (display interface), And the CSI (camera interface), Both have a relatively complex protocol structure, The following figure shows that a certain SOC can act as a receiver for a CSI, Can also act as an exporter for a DSI, Its physical layer uses the D-PHY, Currently the new physical layer C-PHY is also gradually adopted, The Camera I2C interface has a special CCI (Camera Control Interface) in the MIPI to correspond to it 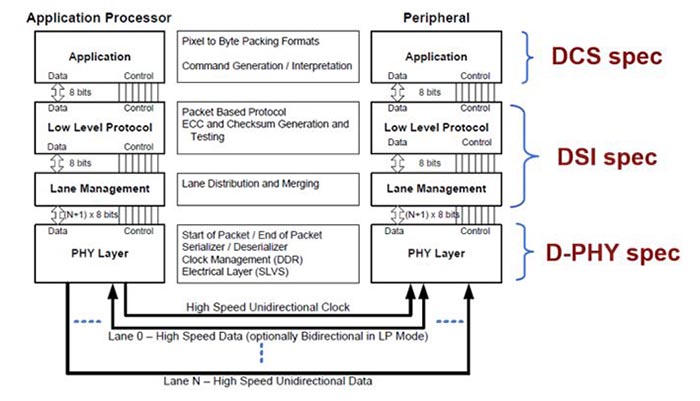 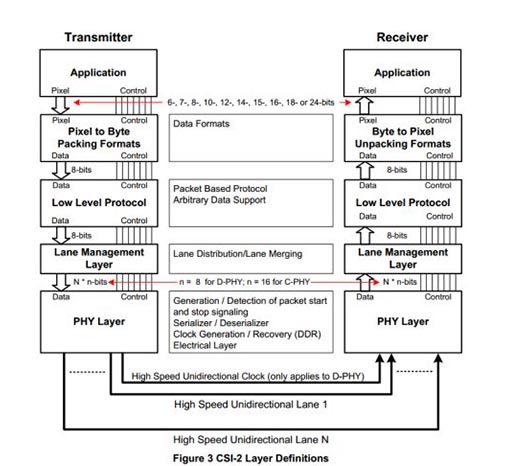 The CSI and DSI stratification are similar

DCS spec: Various algorithm modules for processing the raw image data
DSI / CSI spec: data segmentation and restructuring, and then according to the data type of Baotou, according to the data content of the check sequence, Baotou, data itself, tail, reasonable allocation of data to each channel, after the data through digital to analog conversion into the physical layer (D-PHY) transmission, receiver after receiving the physical layer data, according to the previous reverse package the original data
D-PHY spec: generates the final MIPI waveform

The MIPI D-PHY clock works similar to the DDR clock working mode, Within a single clock cycle, Data were collected along both the ascending and descending edges, Both High speed (HS) and low power (LP) work methods and The maximum data transmission rate supported by HS is 80Mbps-4.5Gbps, The LP mode maximum rate reaches 10Mbps, The two working modes work together, High data transfer is transferred from LP mode to HS mode, When the data is transferred from HS mode to LP mode, Reduce the power consumption, Generally use 1 pair of clock lane with 4 pairs of data lane, The 10 pin feet are needed here 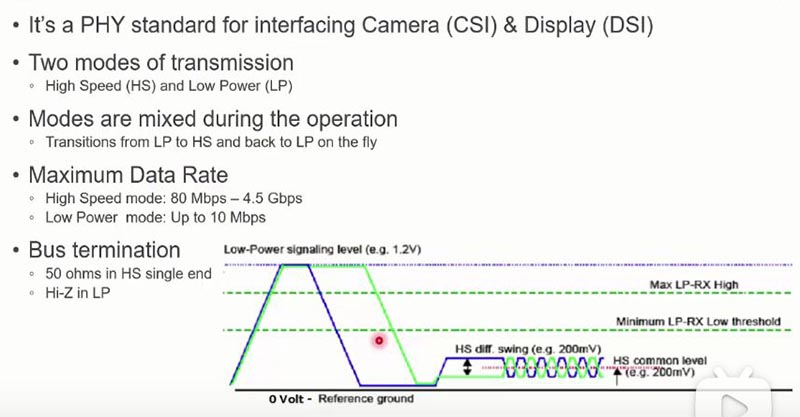 In HS mode, data and clock lane single terminal 50ohms resistance, in LP mode, when no data, D +, D-work in the high-level state of LP, a single end signal, when high data transmission is required, will pass a certain timing of HS mode, HS mode D +, D-is a pair of differential signals 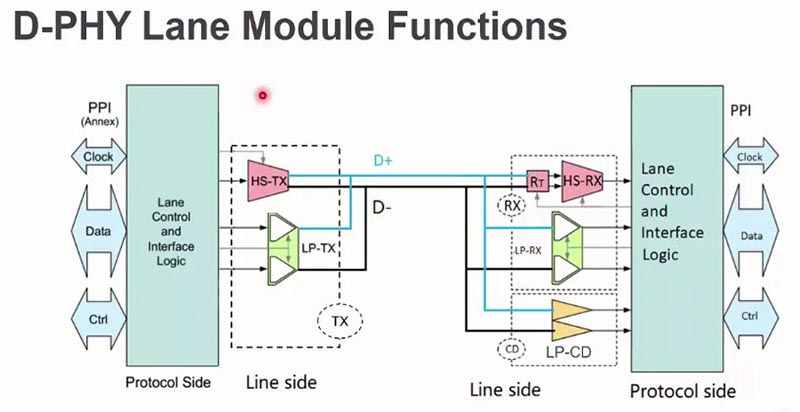 Specific to each implementation on the lane, the left is the master terminal, requiring HS-TX, LP-TX, the two modules connected to the same data line corresponding to the HS-RX and LP-RX to the slave terminal, the slave terminal needs a terminal resistance, and the LP-CD used to check the status of the LP.

5. Schematic of data transfer of three working modes of D-PHY

Clock continuous mode is also called HS-TX or burst (burst) mode. As can be seen from the figure, the clock is always present and in differential state. When there is no data transmission, data lane is in lp11 mode, D +, D-are at high level. When data transmission, enter HS mode from LP01 to the LP00 state, and then pass THS-ZERO state, and also exit in a certain sequence
D-PHY LP TX/RX Implementation 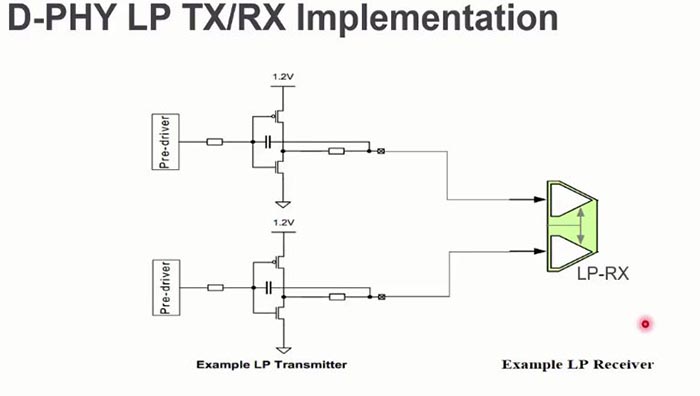 Data can also be transmitted in LP mode. This working state is called Escape mode. The entry sequence is to enter the escape mode according to the time sequence of the following red frame in LP mode, and then transmit the corresponding data. His clock is obtained through D + and D-, and is mainly used for the transmission of low-speed signals, such as the initialization of the chip 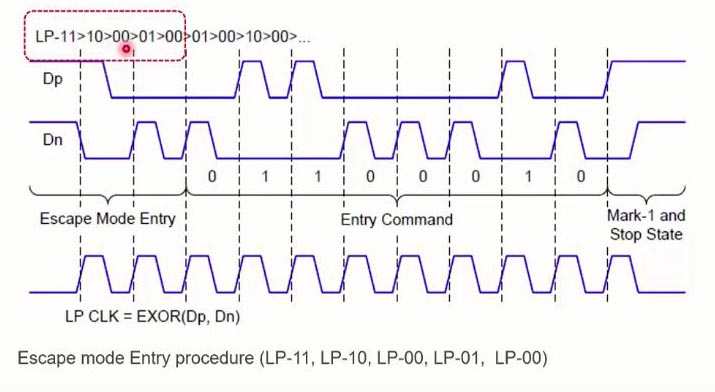 For D-PHY, clock data can support up to 4 pairs of data lanes, and the following is the data transmission on D-PHY with different lanes. The sender transfers the data to the receiver through serial rotation, and the receiver parses the data through reverse order